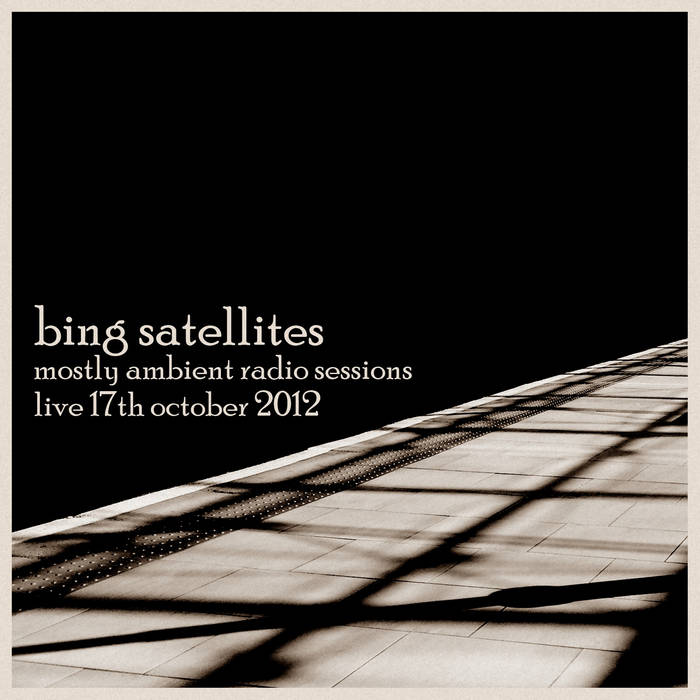 Berkdrums Incredible...The amount of albums by Brin is just staggering... And while being an absolute (and only!) CD/Vinyl collector, I HAD to decide to complete my Bing Satellites-collection. And boy, there is another ambient-world to explore for me..., so much different works (and how AMAZING this would be to have on official CD's...), this is just another breathtaking album!

Track 1 was recorded during rehearsals for this performance.

Much of the music on this album was completely improvised live.
There were, however, live versions of new and old songs.
Track 2 part i is a version of a track from an album of 12 tone music to be published in 2013.
Track 3 parts i, ii & iii can be found, in their original form on
Accidental Music volume one -
bingsatellites.bandcamp.com/album/accidental-music-volume-one
Track 3 part iv 'Superstrings' and track 4 part ii 'Ghost Dance' may appear on a future album.

All music written and performed by Bing Satellites

Bandcamp Daily  your guide to the world of Bandcamp